Supporting the growing adoption of 4K video in professional production workflows, the Pro Convert HDMI 4K Plus transforms sources up to 4K Ultra HD at full 60 frames per second. Measuring just 117.5mm by 66.7mm (4.63” by 2.63”) and 23.4mm (0.92”) thick, the exceptionally compact and energy-efficient device can be powered over its Ethernet connection (PoE) or the included power adapter. The Pro Convert HDMI 4K Plus can make HDMI input signals from any type of device available on a network as an NDI source, and offers value-added features for camera-mounted use including tally lights and NDI-based PTZ camera control 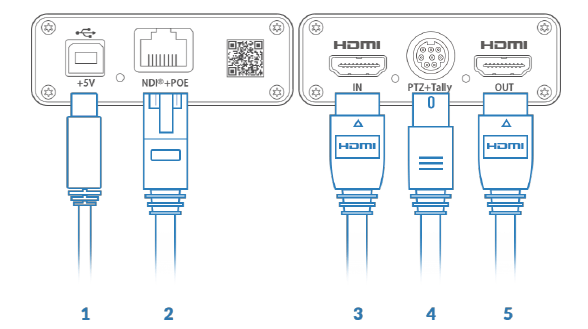 For existing users of Magewell products or customers who prefer a software based conversion solution, Magewell Bridge for NDI allows video and audio from any Magewell capture device to appear as a live source to any other NDI-enabled software and systems on the network. Running on the Windows operating system, the software is compatible with Magewell’s USB Capture and USB Capture Plus external devices, Pro Capture PCIe cards and Eco Capture M.2 hardware.

The Magewell Bridge software supports all resolutions and frame rates available through the associated capture device – including Ultra HD video with Magewell’s 4K capture models – plus up to eight channels of audio. The software can convert multiple input channels to NDI simultaneously when used with multi-channel capture card models or several Magewell capture devices in the same computer.